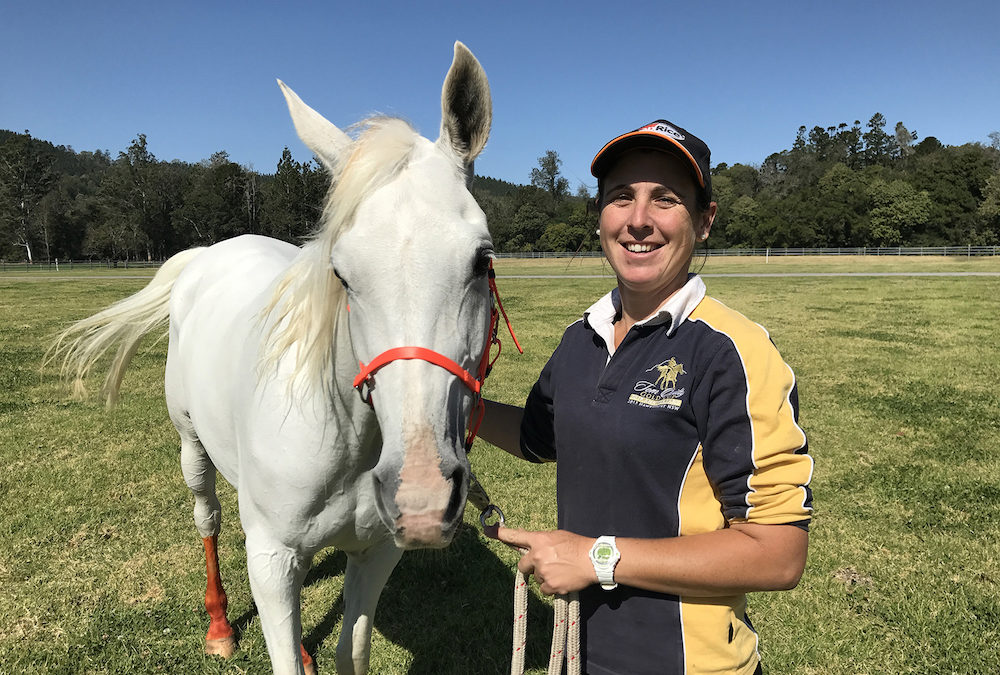 The region is celebrating with four out of the top five riders being local at today’s 80km ride at the 2017 Australian Endurance Championship being hosted at Stirling’s Crossing Equestrian Complex in Imbil.

Conditions were tougher than expected with temperatures being unseasonably high for this time of year but event organiser and complex owner Matthew Sample said he was delighted with how the event was progressing.

“We have about 150 people on-site at Stirling’s Crossing Equestrian Complex with competitors battling it out in today’s 80km ride and in the 120km and 160km rides starting at 3am and 3.30am respectively tomorrow morning,” Mr Sample said.

“Congratulations to Fiona on a great ride today, it’s always fantastic to see locals excel on the national stage.”

“Tomorrow we have Kaylea Maher from Imbil as a strong contenders for the coveted 160km national title, having crossed the finish line just seconds after reigning champion Ben Hudson at last year’s event.”

“Kaylea will be doing her best to clinch the top spot tomorrow and we wish her and her fellow competitors the best of luck.”

Mr Sample said riders have also travelled from New Zealand to take part in this weekend’s meet, with the resurrection of the Bullio Arabians Trans-Tasman Challenge which was last hosted in 2011.

“This is a friendly, international level competition held annually with New Zealand and hosting of the event is alternated between the two countries.  It was a regular feature on the endurance calendar and we’re really pleased to have been selected to reinstate the event and to welcome fellow competitors from over the Tasman.”

“Everyone loves some quality, light-hearted Australia-New Zealand rivalry, so I’m sure there will be plenty of playful banter with the kiwis on the riding tracks.”