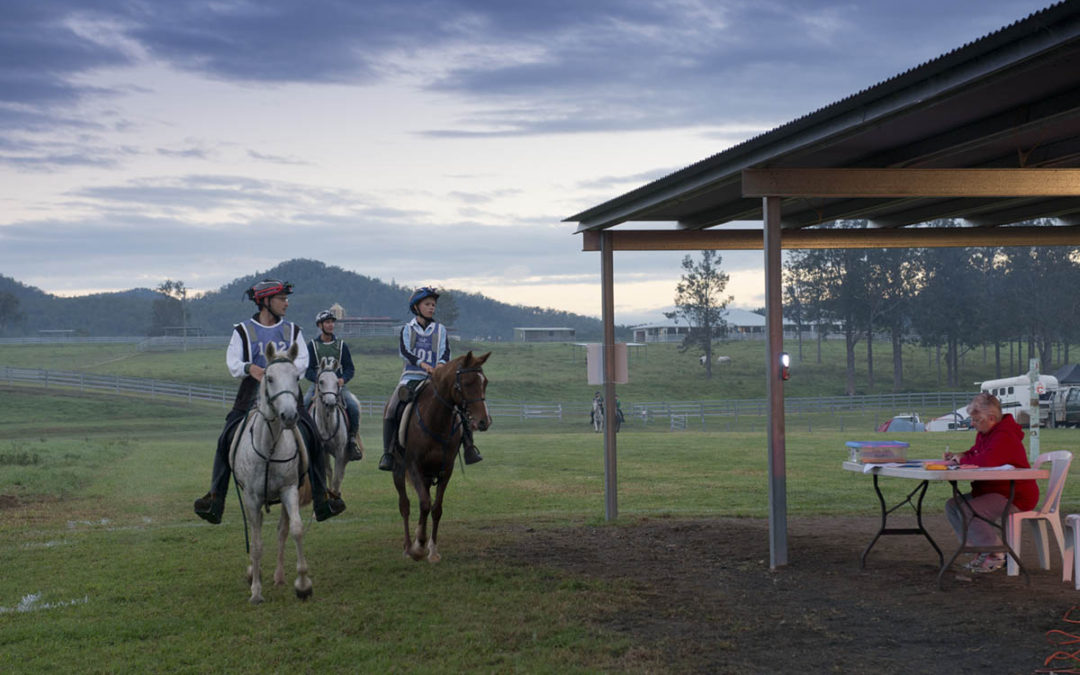 The Mary Valley will play host to the 2016 Equestrian Australia Endurance Championships when Australia’s first purpose-built endurance complex opens its paddocks to riders from across the country between 14-17 July.

The Fédération Equestre Internationale (FEI) event has been awarded to the newly founded Imbil-based Stirling’s Crossing Endurance Association which is preparing to welcome over 50 competitors and their support teams to the region.

Matt Sample, owner of Stirling Endurance Arabians and founder of the club, said he was delighted to host the internationally accredited event which would see the best in the sport battle it out for the national title over distances of 82, 120 and 160 kilometres.

“Hosting the Australian Championships at our new facility is certainly a wonderful way to launch the ride base which we have been working on perfecting since April 2015,” said Mr Sample.

“This event requires riders to qualify and given the entry requirements are quite stringent, we expect the country’s top endurance riders to converge on Imbil for the four-day event.”

While endurance may not be one of the most well-known FEI events, the equestrian sport has a long history having started in the early 1900s as a military test for cavalry mounts.   Today the controlled long-distance rides see competitors cover large distances across diverse terrain with the winning rider and horse being the ones to cross the finish line first, having passed a number of veterinary checks along the way to ensure the horse is fit and in a good condition.

“Endurance is quite unique in that it results in a very strong bond between horse and rider due to the high level of trust and the longevity of the horse in the sport,” said Mr Sample.

“While many equestrian events only see horses compete for a few years, endurance horses come into their own at around eight years of age and can then compete comfortably until 15 years of age or more.”

“When you’re starting a ride at 3am in the morning and riding for over nine hours in a 160km event, it’s like sharing an adventure with your best friend — it’s a very special experience.  Endurance riders have the utmost respect and admiration for their horses as the sport requires the horse to have exceptional athleticism, intuition, intelligence and a very competitive nature.”

“To this end Arabians are the most suited breed for endurance — they love it, it’s in their blood and the thrill of starting a ride is palpable for both the rider and the horse.”

Mr Sample’s family has been involved with the sport for over 40 years with Matthew, his brother Brook and father Bob sharing over 20 Tom Quilty Cup titles — the sport’s most prestigious annual gold cup event which was pioneered by R.M. Williams and his friend Tom Quilty in 1966.

The family, who also breed and train Arabians, have long had the dream to create a purpose-built endurance facility and this year that dream will become a reality.

“There is no facility in Australia that is custom built for endurance purposes with many events being run out of showgrounds which are less than ideal venues,” said Mr Sample.

“The Stirling’s Crossing Equestrian Complex will have a 60m x 40m fully lit, undercover vetting area and a second turfed area of the same size alongside.  This will provide optimal conditions for vets to check the horses depending on daylight available and weather conditions.”

“The facility will also offer designated camping areas for participants, the horses and support crews, officials and volunteers.  We expect there will be at least 500 additional people in the area for the championship with many coming up to five days prior to the event to give their horses the opportunity to recover from their travels.”

“The economic impact of having that number of people here for up to a week will be significant and we hope to bring several events to the venue every year.”

“Construction onsite has already injected over $2.5 million into the local economy as we have between three and ten sub-contractors onsite on any given day and we’ve been committed to using locals.”

“We are delighted to have secured a national event in the Mary Valley and we have no doubt that this inaugural event at the Stirling’s Crossing Equestrian Complex will put the region firmly on the map as the premier destination for endurance events in the country.”

The July event will also include a 160km Australian Endurance Riders Association (AERA) ride which assists riders to prepare and qualify for the 2016 Tom Quilty Cup event.

The event is open to the public and to find out more please visit www.stirlingscrossingendurance.asn.au.